You may have noticed the world becoming more eco-friendly in recent years — or at least, so it would appear. But if you’ve ever picked up a product because the packaging had the word “natural” on it or looked recycled, you may have been a victim of greenwashing.

Greenwashing is the practice of making brands appear more sustainable than they really are. It may involve cynical marketing ploys, misguided PR stunts, or simply changing the packaging of an existing product while continuing to use unsustainable ingredients or practices. It’s a way for companies to appear like they care while also increasing their profit margins, as they’re fully aware that eco-conscious people are willing to part with more money for sustainable products.

You might remember the controversy back in 2019 when McDonald’s introduced paper straws that turned out to be non-recyclable. Aside from the questionable practice of cutting down trees to make disposable straws, this was a classic example of a corporate giant pretending to address an issue — in this case, plastic pollution — without actually doing anything.

Another cynical greenwashing move is to slap a green label on something to make it appear more sustainable or healthy, as Coca-Cola did with Coca-Cola Life — that with 6.6% sugar was far from a healthy drink. You’d probably get less Life if you drank a lot of it. 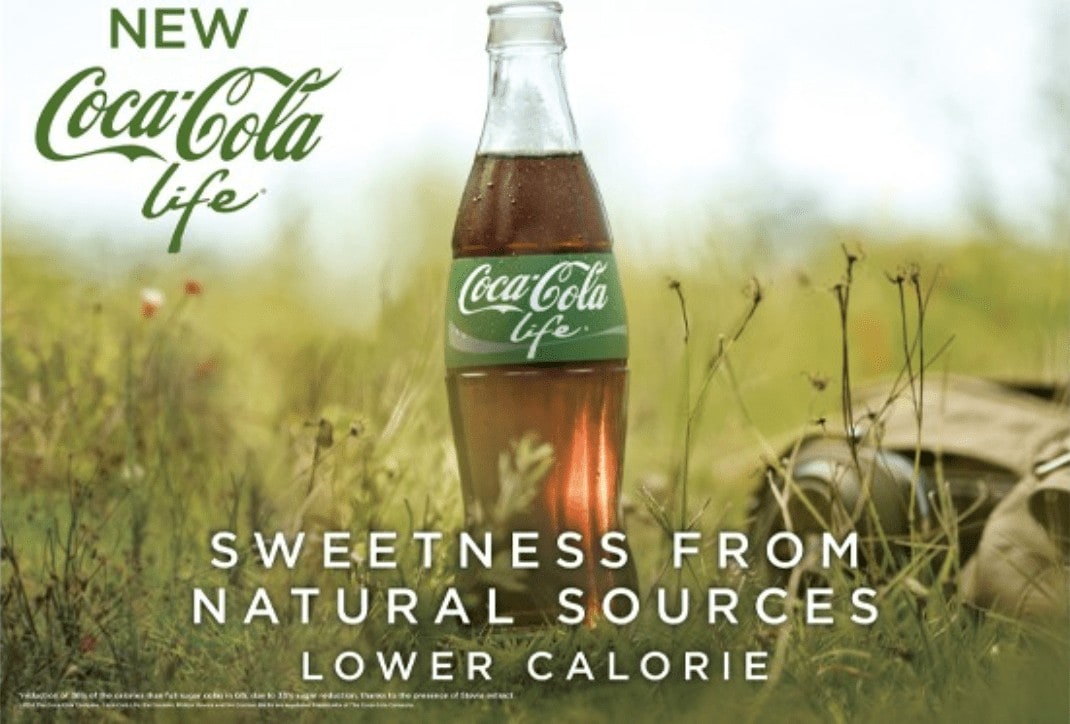 Unfortunately, greenwashing seems to be a trend that’s here to stay. Companies are constantly coming up with new and brilliant ways to tell us lies. One of the best things people can do to protect themselves from these corporate cons is to get familiar with recent greenwashing examples. Awareness of the tricks they use can help you spot other talented greenwashers more easily, so let’s take a look at some greenwashing lowlights from the last couple of years.

When greenwashing, companies project an eco-friendly image which is untrue. Sometimes the disguise is hard to detect but in other cases the veneer strays so far from the truth that you begin to question the sobriety of the PR & Marketing teams behind the greenwash. Did they really think that would work?

Innocent Drinks is a prime example of the implausible approach. The company is owned by Coca Cola, the worst plastic polluter in the world. The company also uses single-use plastic – which is terrible for the environment. Yet, someone, somewhere, thought it’d be a convincing idea to release twee TV cartoon adverts – featuring cute animals singing songs about recycling and fixing the planet. In an effort to connect the brand with these contradictory causes.

It’s greenwashing, pure and simple. It’d be funny if it weren’t for the dire consequences of all that plastic pollution.

Luckily, the ASA stepped in and banned the ludicrous ads after they were reported by Plastic Rebellion. 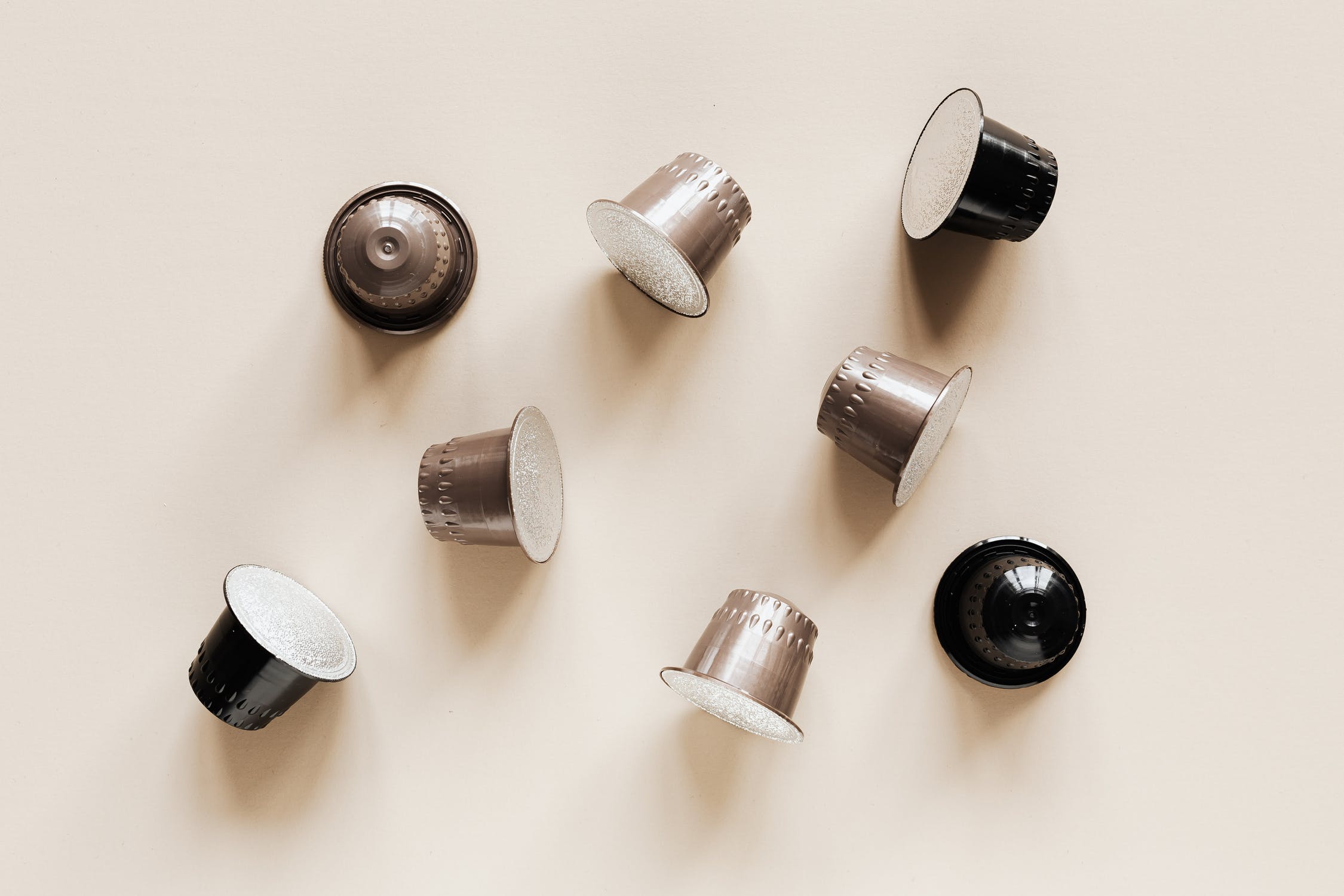 The global coffee capsule market is worth over $10billion and growing fast. But the mountain of discarded capsules remains difficult to recycle. The problem is you typically have to use specialist recycling services instead of local recycling bins.

As a case in point of how the recycling process can go badly wrong. Keurig led Canadian buyers to believe they could recycle their single-use plastic coffee pods by simply breaking open the top, emptying out the coffee, and throwing the empty carcass into recycling bins. Easy right?

Wrong. The capsules weren’t accepted in most Canadian provinces, except for Quebec and British Columbia. And even then the instructions didn’t go far enough. The City of Toronto had to revert 90 tonnes of plastic pods from recycling bins last year because of this kind of capsule carnage.

Keurig were fined $3million and ordered to change the misleading recycling claims on the packaging.

Pro tip: at Akepa we find a coffee from our attentive local baristas is way, way better than a mediocre coffee from a pod!

IKEA is the largest consumer of wood in the world, and its timber consumption has doubled in the last decade. An investigation by Earthsight found that IKEA has been making beechwood chairs using illegally sourced wood from the forests of Ukraine’s Carpathian region, an area home to endangered beasts such as bears, lynxes, wolves, and bison.

Perhaps the most shocking thing about this case is that the illegal timber was certified by the Forest Stewardship Council. This oversight raises serious questions about the ethics and transparency of the FSC accreditation, which according to Earthsight, is not limited to Ukraine. They describe “rampant illegal logging” across the globe under the watchful eye of the FSC.

In spite of this, IKEA is among the best in the world in terms of its sustainability credentials, and FSC is considered the gold standard of forest accreditation.

The glass cleaner by SC Johnson claimed its bottles were made from 100% “ocean plastic”. But before you start imagining intrepid teams of Windex employees out on boats salvaging plastic from the sea, let me stop you right there — because that’s not what happened.

In fact, the plastic used to make the bottles was never in the ocean. It was pulled from plastic banks in Indonesia, the Philippines, and Haiti. This type of plastic is known as ocean-bound plastic because it would have otherwise ended up in the ocean.

But the problematic marketing doesn’t end there. Windex also claims to be non-toxic, but a lawsuit was filed against SC Johnson in 2020, claiming that Windex products contain ingredients that are harmful to people, animals, and the environment.

The fast fashion industry is notorious for its environmental impact, so a level of greenwashing is to be expected there. But you might be surprised at the sheer amount of greenwash that was revealed in a 2021 report from the Changing Markets Foundation.

They looked at clothing from major high-street fashion brands to check the truthfulness of their sustainability claims and found 60% of claims overall were misleading. That’s bad but H&M were found to be the worst offenders with a shocking 96% of their claims not holding up.

Put simply, virtually all of the Scandinavian Fashion Giant’s claims were designed to trick people concerned about their environmental impact into buying. 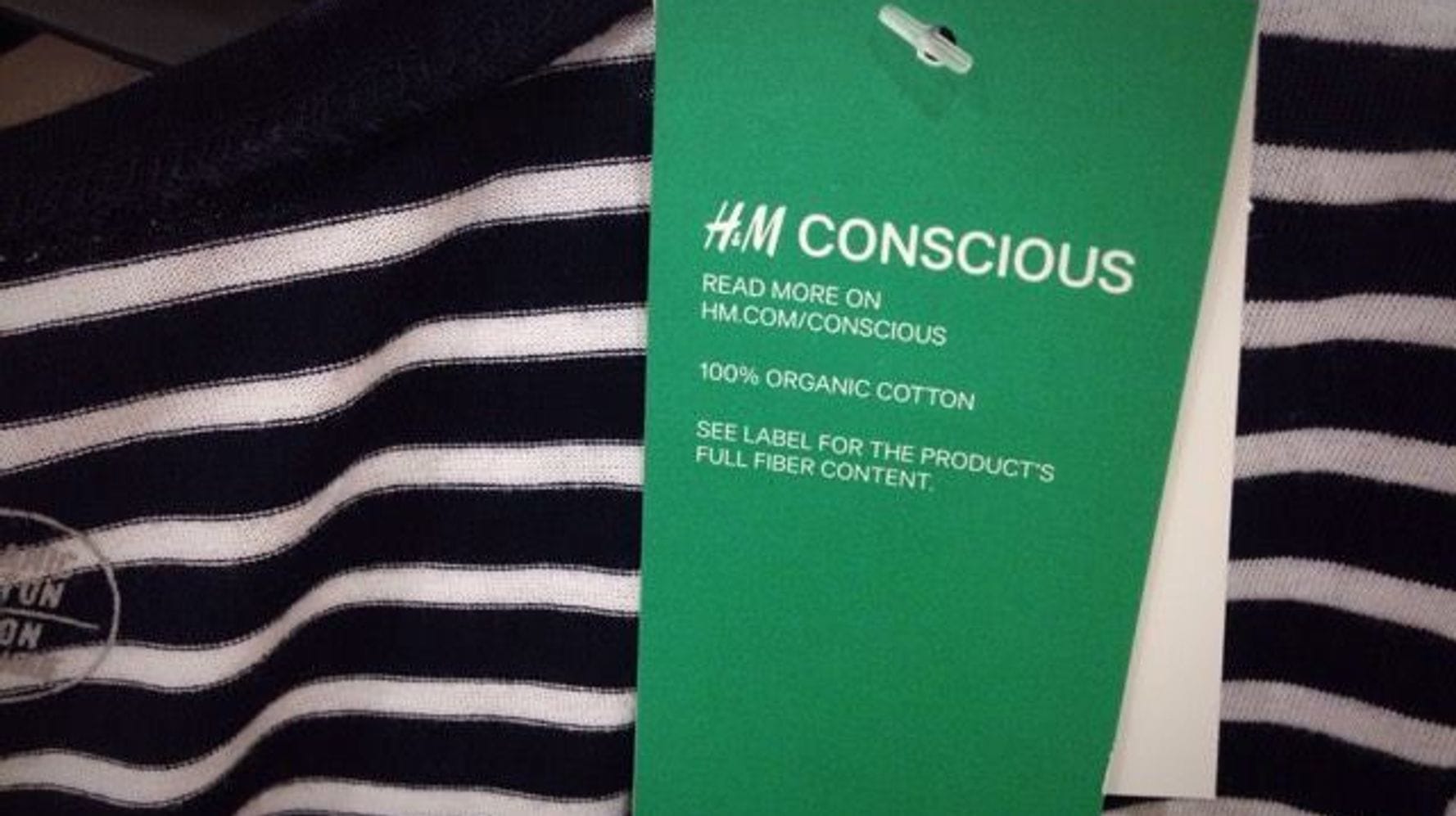 So, the next time you consider buying from a major retailer like H&M because of imprecise green-tinged language like ‘conscious’, reconsider. The percentages say we’re likely being lied to.

In May 2021, a class-action lawsuit was filed against Hefty Recycling Bags for the claim that its bags are “designed to handle all types of recyclables”. According to the lawsuit, not only are Hefty bags not recyclable but they also contaminate waste that would otherwise have been recyclable. This means many items that could have been recycled end up in landfills instead.

Hefty bags are therefore no different from ordinary bin bags (and possibly even worse), and the lawsuit claims their misleading branding violates California’s anti-greenwashing laws.

Mid-flight ads, misleading luggage charges, uncomfortable seats. These are just a few of the reasons why people dislike flying Ryanair – and now you can add another complaint to the list: greenwashing.

In early 2020, Ryanair audaciously announced itself to the British public as Europe’s “lowest emissions airline”. The claim was more or less made up and the Advertising Standards Authority promptly banned the ads. 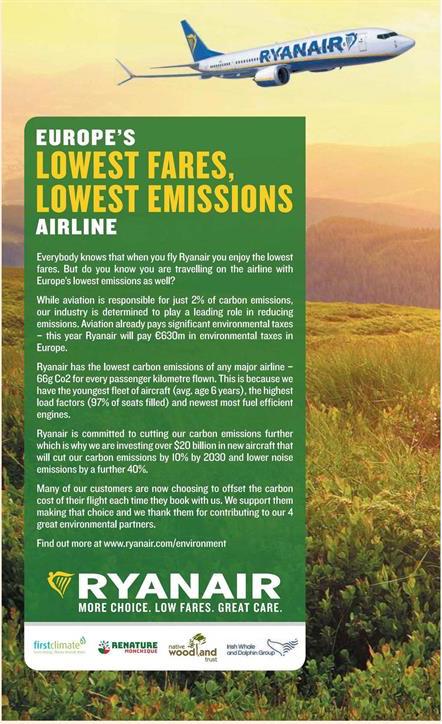 It’s a reminder that in environmentally sensitive sectors like aviation, you need to be extra careful as brands are all too eager to promote their green credentials to win more customers. Often the claims made just aren’t true.

Quorn Foods advertised their new product, the Thai Wonder Grains lunch pot, as a way to address climate change. The advert claimed it “helps us reduce our carbon footprint”, but what wasn’t clear was who exactly they meant by “us”.

It turns out they were referring to Quorn Foods, and not ordinary folk, who should avoid buying products that come in single-use plastic if they want to reduce their carbon footprint.

An inquiry by the Advertising Standards Authority ruled that the ad was misleading. It also noted that since the product in question was new, it was impossible to determine whether it could reduce Quorn’s carbon footprint.

Shell’s got some balls. The company is responsible for around 1-2% of global CO2 emissions from its activities every year, while it continues to plough ahead and invest billions in oil and gas. And yet, despite this, their marketing team thought it appropriate to ask their followers on Twitter what they were “willing to change to help reduce emissions”? Really? 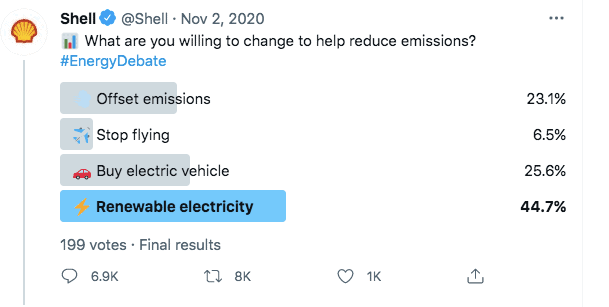 The poll attracted a modest 199 responses but still went viral due to the wave of vitriol it received in response, including high-profile rejoinders from the likes of Alexandra Ocasio-Cortez and Greta Thunberg.

This truly was one of greenwashing’s most egregious examples. But only a few months later, some karma was served when a European court ordered Shell to reduce their carbon emissions by 45% by 2030 compared to 2019 levels. It’s the first time that a private company has been ordered to reduce its emissions by a fixed amount with a defined time frame.

Unilever’s cleaning brand Persil is one of the UK’s most popular, with its washing-up liquid and dishwasher tablets used by millions of people each year. Many of those buyers are becoming concerned about the environment, so it’s not surprising that Unilever has upped its efforts to appear eco-friendly. Nevertheless, Persil’s ‘Dirt is Good’ TV ads have been banned by the Advertising Standards Authority for unsubstantiated claims to be ‘kinder on the planet’.

It’s the kind of perfunctory statement that’s not unusual from greenwashers, although in this case adorned by flimsy supporting scenes, such as a woman hashtagging #plantmoretrees on social media – and kids collecting plastic garbage from rivers and beaches. None of which explained why Persil was kinder on the planet.

The ASA took umbrage with the ‘various strands’ for being ‘unclear’. Kinder on the planet than what exactly? Meteorites, maybe. But all considered it’s fair to conclude that Persil, a typical laundry detergent, can’t be all that kind on the planet.

What to learn from this? It’s a case that shows if you are going make environmental claims these days then they need to be backed up. Someone tapping out an appropriate hashtag won’t do at all.

According to lots of credible sources, the world’s biggest banks are funding the climate crisis, mainly through investments with a significant impact on greenhouse gas emissions – especially fossil fuels.

HSBC ranks 13th for the top banks financing fossil fuels in the UK. And still finances carbon-heavy industries like thermal coal mining. Yet, a bit of progress in greenwashing awareness was seen when 45 people complained to the Advertising Standards Authority that HSBC’s advertisements were misleading. The offending ads were then banned but you can still see them in the image below.

HSBC argued that they’re financing many of these industries to help them eventually transition to net zero, and it would be impractical to terminate funding. But while they highlighted their climate-friendly initiatives in their adverts, they failed to mention their considerable contribution to the climate crisis at the same time – an estimated $8.7 billion into new oil and gas in 2021. It’s an environmental nuance that was absent in the ads – and that, our friends, is greenwashing.

An irony of all this is that the day before the adverts were banned, HSBC were running workshops on how to spot and deal with greenwashing. They might need to take their own advice…

With a bit of luck, greenwashing’s days will be numbered. People are getting tired of the same old corporate tricks and want to support brands that are truly sustainable. That’s why at Akepa, we’re committed to helping sustainable brands with their marketing so that consumers can make better, more informed, and more sustainable choices. Get in touch with us to learn more about our sustainable marketing agency. 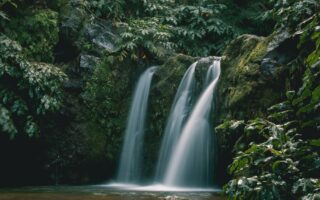 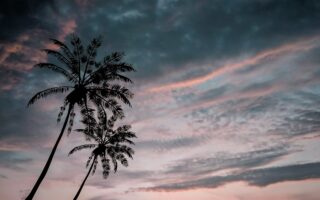 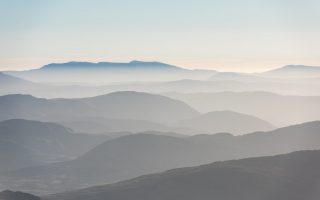 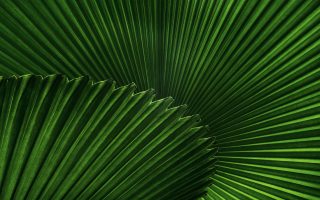 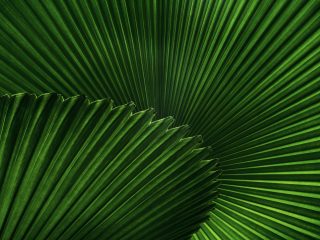 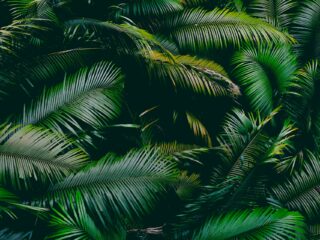 Next Post (n) A 'sustainable' agency - what on earth does that mean?