Gothenburg is now hyped as one of the most sustainable cities in the world. Is it true, or a sly marketing ploy? Rather than pontificate from afar, or rewrite someone else’s words, we decided to ask a freelance partner who lives there, Regine Glass.

The Nordic countries are role models for sustainability, with the biggest country in the north, Sweden, being the region’s exemplar to follow. A study by Euromonitor 2021 revealed that among 100 countries, Sweden is the most sustainable tourist destination, followed by Finland, Austria, Estonia, and Norway. What’s more, the Global Sustainability Index (GDS) voted Sweden’s second biggest city, Gothenburg, as the most sustainable city in the world four times in a row. As a result, this city of only 600,000 inhabitants drew international attention. It didn’t take long for the world’s largest broadcast news organization, the BBC, to highlight Gothenburg as one of Europe’s greenest cities, for example.

Here are a few of the reasons that Gothenburg is now so cited when it comes to sustainability.

The establishment of city Green Zones

An important factor in the city’s sustainable strategy is the establishment of the ‘Green Zone’. According to Polis, the European Cities and Regions network for innovative transport, fully climate-neutral and zero-emissions transportation systems will be developed and tested here. This should edge the Gothenburg region closer to achieving 100% emission-free transport by 2030. The aim of this joint effort from the automotive industry, Business Region Gothenburg, and the RISE institute in Sweden is not to stop engine vehicles from entering the biggest port of the north, but to establish extensive testing and demonstration sites, helping to spur technological innovation for sustainable mobility solutions.

Another area in which the Scandinavian metropole is aiming to impress with its sustainability is within social housing. Between 2016 and 2035, 105,000 new homes will be built in the Gothenburg region. This is a solution to the ongoing housing crisis in Sweden, where renting is restricted by the government, leading to a black market of secondhand rents. Relative to the rest of the country, the rental prices in Gothenburg are moderate. The city is also advertising a lower unemployment rate than the rest of Sweden. With around 5% unemployment in 2018 and 7% in 2021, the second year of the pandemic, it ranked lower than the 9% average of the rest of the country.

Changing the biggest port of the north to a ‘River City’

Like all the three major cities in Sweden, Gothenburg is located at the edge of the sea. On top of that, the city is parted by the large river Göta Älv, which leads Lake Vänern into Kattegat. So there’s a lot of water, and to make the centre more accessible from both sides of the river (as well as to embrace the scenic views), the city has started the project ‘River City’. By reinvigorating the Gothenburg riverfront with housing, businesses, and public areas, the city development is aiming to use the area as a testing site for climate solutions and renewable energy. The area will, after all, be affected by climate change as it is vulnerable to flooding.

The municipality of Gothenburg has accordingly invented a tool that deals with this risk. According to the Nordic research centre Nordregio, the solution consists of a Geographic Information System (GIS) tool which can simulate flooding in the city, called the Hydromodell. The collection and processing of different types of data, for example elevation, water depth and volume, flow speed, and sewage infrastructure, should help to uncover vulnerable areas in the future and reveal what level of protection is required.

A green destination for tourists

Gothenburg has many green areas very close to the city centre. The large park Slottskogen, which is Gothenburg’s ‘Central Park’, connects the city’s west side with the east side and is the most accessible park from the city centre. But if you want to explore a little further, you can go for long hikes in Delsjön, a nature reserve close to the city centre, or wander from the Botanical Garden straight to another nature reserve, Änggårdsbergen. You will not only find typical plants from the area but also a collection of exotic trees. The variety of the flora and fauna in Gothenburg adds to the climate-friendly surface of the city.

Another landmark and something that is very special about Gothenburg is the archipelago. The small islands are all car-free, so visitors need to travel by public transport to reach them. This is easy and straightforward for visitors and is, furthermore, another way of promoting sustainable tourism. Indeed, it is possible to take a tram to the port of Saltholmen and take a ferry from there. On some of the islands, like the hidden gem Köpstadsö, locals use wheelbarrows to transport goods they have bought in Gothenburg, which is just a 30-minute ferry ride away.

Gothenburg’s tourism management company, Gothenburg & Co., is taking great initiative in advertising the city as a green and sustainable destination. As someone living in this city who sees the gentrification first-hand, a high unemployment rate (especially among migrant women), and a lot of traffic, especially in the inner city, I think that Gothenburg still has a long way to go when it comes to social sustainability. But with its proximity to the ocean, several green areas, and innovative urban development, I think Gothenburg definitely has potential! There’s definitely a little truth in what others are saying. 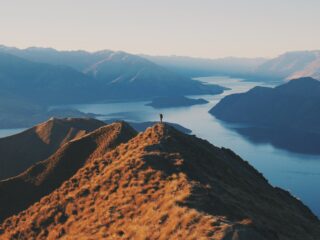