At Akepa we all live in the wild, foraging for berries, living in burrows in harmony with nature, so the debate that has sprung up in the wake of Covid-19 has mostly passed us by. We’ve always worked remotely – it’s the norm for us. So it’s been interesting to see the rest of society experience the benefits of remote working for the first time, as well as a few burgeoning efforts to push against it (often from those with vested interests in keeping the status quo).

Here are our top reasons for not abandoning remote work once things start to get back to normal.

This is a big and obvious one. More people working from home means fewer people driving to work. The Carbon Trust has estimated that 3 million tonnes of carbon a year will be saved as a result, which clearly isn’t to be sniffed at. And those are just the local commutes. Think about the flights to New York for a two hour meeting. Are those really necessary?

Beyond the obvious commuter issue, there’s the possibility of a reduction in energy usage for offices. If fewer people are in the office, offices can be down-sized or repurposed, saving on heating and cooling.

Aside from the environmental impact of commuting, there’s a huge saving for individuals both financially and in terms of time. In the UK, the average worker spent around ten days a year commuting before the pandemic. That’s almost an hour a day, per working day, that could be spent on something else, like working, exercising, sleeping, or spending time with family.

Then just think about the financial savings. Season tickets for train travel can cost thousands in countries like the UK, where train fares are the highest in Europe. And it’s a cost that is almost always covered by the individual rather than the business. That money could instead be reinvested locally.

This has been a big one for us at Akepa. Why restrict your hiring to people who are geographically close to an arbitrary location? By working remotely, it enables us to hire anyone in the world who is fit for the job. That someone could be in Barcelona, Spain, or in Buenos Aires, Argentina or even in Bathgate, Scotland. And being an international business that specialises in things like marketing localisation, it pays to have colleagues and connections in other locations.

So obviously more time, money and a better work / life balance is great for the individual but if remote working became the norm for office jobs, there could be a more sustainable shift for society as a whole.

Currently, the status quo for work is hub-based. All offices are in big urban centres – London, Paris, New York, wherever. This, by default, requires the workers in these offices to live in or very close to these urban centres. It becomes the norm for aspiring people to leave the areas they grew up in and move to these cities exclusively. You get enormous discrepancies in house prices between the city hubs and other areas because of simple supply and demand. Resources get drained from other areas of the country, and investment pools in these magnetic central cities.

Now imagine if all of this were decentralised. If you could live anywhere in your country and continue to do your job, for similar pay. You could live in the countryside in a house twice as big as your city apartment for half the price. But you could also spend your pay-cheque outside that urban hub, spreading wealth and investment more equally around the country. If everyone spent a lot more time in their immediate neighbourhoods, how might we see those neighbourhoods change? Would we invest in more infrastructure within walking distances of residential areas? Would we feel more of a sense of community as we see more of the people who live around us? We like to think so.

But what about the downsides (and the future)?

Now, all of this isn’t to say that there aren’t downsides and problems to be solved. Chief among them is that working from home is easiest for those in a privileged position. First of all, people need to have a professional job that can be done remotely in the first place. But even within these sorts of professions and businesses, there will still be inequalities. It’s fine for those who have spare rooms, green space and decent internet connections to bang on about remote work, but what about the recent grad living in a depressing pokey bedroom in a shared house with the cheapest internet connection they can get? Working from home suddenly doesn’t look so rosy. We need to find ways to make remote work more egalitarian for it to work more widely.

Another issue with remote work is about communication, specifically the troublesome lack of real face-to-face contact with other human beings. Of course, there are decent apps now, like Zoom and Microsoft Teams, to give a simulacrum face-to-face social contact but it’s not quite the same. And the utopian ideal of remote work starts to appear a little dystopian if we imagine that people start to forget (or even fear) how to actually speak to each other in person. Now, that kind of scenario might sound a little far-fetched but if remote working does start to really shake things up then people still need to find time to get together away from screens and apps. From that point of view, It’s hard to argue against a kind of hybrid working model.

Those are just some of the main challenges that will need to be solved if we’re to see the large-scale shifts away from the norm.

But what do you think? Have you enjoyed the change in your working situation or are you itching to get back into the office after an exhausting commute and have awkward small talk while you wait for your turn on the microwave? 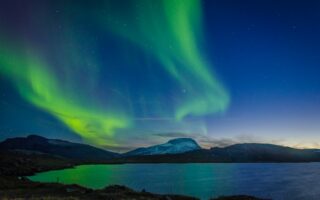 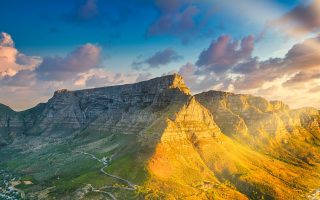 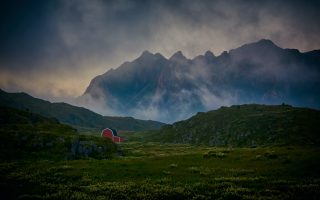 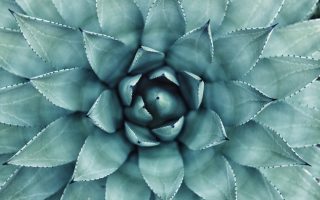 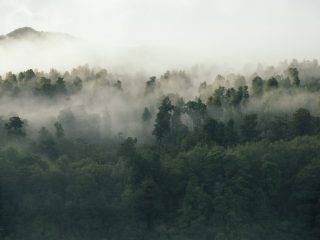 Previous Post (p) What 'greenwashing' is (and how to spot it) 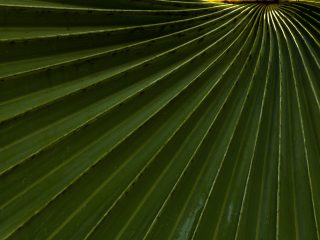