At Akepa, we’re looking forward to the golden days of Autumn and some cooler weather but the final month of summer was one to remember. There was all sorts of sustainability news to tell you about.

Let’s take a look some of the most interesting stories from August.

Barcelona is a charming city but it has some bad habits. 60% of the city’s population relies on water from branded plastic bottles because of the perceived unhealthiness of the tap water. In the first study of its kind, researchers from Science of the Total Environment took a closer look at this behaviour and highlighted the damage done.

Bottled water was found to have an impact 3500 times higher than tap water and even the health benefits of bottled water versus the dubious Barcelona tap water were negated – due to the health risks of incessantly drinking from plastic.

So why do people keep on buying so much infernal plastic despite growing awareness of its harms? Understanding this locally, in places like Barcelona, could be key to kicking the habit globally.

From Barcelona to New York. Meet Anna Sacks, a ‘trash walker’ who is revealing the pervasiveness of rampant consumption, over-production, and the endless river of waste in the city. In August she cemented her influencer status by going viral across the global press.

While rifling through other people’s trash is not a natural thing to do for many people, Sacks does not hesitate to roll up her sleeves and get her hands dirty. Perhaps the most alarming thing revealed in her ‘trash walk’ videos (see her Instagram here), is not just the sheer amount of actual unusable waste, but the countless number of household items, clothing, furniture, even food, that are very much intact and reusable. 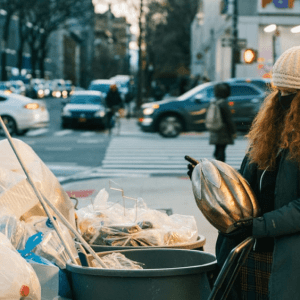 This throwaway culture we now live in is catching up with us. Still, it is heartening to see people like Sacks, who are out there working to reveal how huge this problem really is, who is to blame for it, and how we can fix it.

Our next story takes us from the streets to the seas. The latest initiative from the Thai Government to protect its biodiverse Marine Parks comes in the form of a sunscreen ban. While other countries have led the way in banning coral-damaging sunscreens, namely Hawaii, Palau and the U.S Virgin Islands, Thailand now joins the team fighting off those pesky toxic chemicals that can damage glorious coral reefs.

In case you want to peek into your cupboard, just past the Ibuprofen, and check if your sunscreens are up to Thailand’s standards, the banned chemicals include: oxybenzone, octinoxate, 4-methylbenzylidene camphor or butylparaben. Yes, it is pretty easy to find ‘reef safe’ sunscreens these days but it doesn’t hurt to remember those lovely names for next time you go for a dip in the ocean.

Are you a ‘Quiet Activist’? How ordinary people = extraordinary change

Have you always wanted to become more of a climate activist? But perhaps you are not a yelling, chanting, sign-holding type? Well, have we got news for you – an August article from The Conversation highlights the solution to your problems, ‘quiet activism’.

‘Quiet activism’, as The Conversation describes it, is “the extraordinary measures taken by ordinary people as part of their everyday lives, to address the climate emergency at the local level.” Apparently this type of activism can be done by anybody and can complement large-scale change on a global and governmental scale. Some examples of ‘quiet activism’ are through art, education, creating a local community garden, or even just talking with friends and family about the climate crisis.

We’re not sure if this is really a thing but of course activism comes in many forms. So, don’t be shy and pick whatever works for you. And if you feel you’re more of a ‘quiet activist’ then let us know your preferred form of genteel game-changing in the comments.

From quiet activism to global activism, UN negotiators have resumed discussions on the Global Biodiversity Framework, a global plan which aims to conserve at least 30% of the world’s land and oceans. The framework is a part of the Convention on Biological Diversity (CBD), a UN treaty which has been ratified by a whopping 195 countries plus the European Union.

In less good news, the last plan to conserve biodiversity to cover the decade of 2010-2020 did not go so well at all. Out of the 20 targets set by the UN, not one nation fully achieved any of them. That’s rubbish! But hopefully we can learn from our mistakes, and we patiently wait to hear the outcome of the framework which should reach its final stages next April.

There we have it! Done and dusted. Another month of sustainability news. Did we miss anything big? Let us know in the comments… 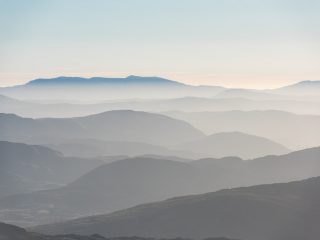 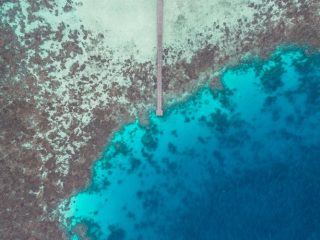 Next Post (n) Marine Biologist to Marketer - how on earth did that happen?