It’s that time again, here are some of the best shards of sustainability news from September:

We might as well start with birds. And more of them makes you just as happy as having more money. A new study published in Science Daily found that a percentage increase in birdlife diversity, had the same effect on happiness as a comparable increase in income.

It’s not just the sheer number of birds, more about the types. So, if you had ten sorts of bird in your garden, and a colourful new finch started coming (a 10% increase to 11 types). It would make you feel just as good as a generous 10% pay rise. Or something.

Anyway, In the illusive pursuit of happiness, It’s time to look after birds and biodiversity more. Clearly.

From birds to wider environmental protection. Way back in September 1971 Greenpeace was born, in Vancouver, and now, 50 years later it’s time to reflect on the changes that the organisation has driven for climate action and ecology. This small ‘hippy’ movement has grown into one of the biggest NGOs on the planet, hellbent on fighting for all life on earth. Greenpeace is now present in over 57 countries, with thousands of staff and volunteers.

When we look back, we don’t just see 50 years of Greenpeace but 50 years of cumulative change, action and hope. Let’s hope the next 50 bring even greater achievements.

Vintage clothes have been bang on trend for a while now. But it seems like second-hand clothing has soared in popularity so far in 2021, which can only be seen as top news for the environment.

In September it was reported that eBay sales so far in 2021 have saved almost 87 million, or 18,000 tonnes, of items from landfill. It’s a new record and means a mountain of discarded crap is being turned into ingenious sustainable looks. Thrifty!

Primark: from fast fashion to sustainability

From second-hand to new, Primark, one of Europe’s biggest fast fashion houses, is pledging to make ‘sustainable clothing affordable to all’. Yep, by 2030 Primark is set to make all its clothes from either sustainably sourced or recycled materials, all the while not compromising on price.

Is that too good to be true? From Primark, this sounds sneaky. But while there should be a finger-wagging warning about greenwashing to be made here, who knows: perhaps Primark will be the brand that breaks down the socio-economic barriers that hinder people from participating in the sustainability movement.

UK to get strict on greenwashing ads

While we’re trying hard to be optimistic about Primark’s sustainability pledges, there’s a shocking amount of greenwashing swaggering about. It’s so easy to be misled.

The Advertising Standards Agency (ASA) taking a stand against all of this sham posturing in the UK, where they’ll be investigating sustainability claims made by advertisers in far more detail. Those often spurious promises about carbon neutrality and net zero will be under particular scrutiny.

The ASA was already on the right track, banning Ryanair’s sly ad campaign claiming to be the major airline with the lowest CO2 emissions last year. It’s reassuring to see even stricter measures announced in September.

Creatures of the deep at NYC Climate Week

From the UK, to the US. September saw New York City celebrate Climate Week in subaqueous style – with the UN building adorned with mesmerising projections of dancing deep sea creatures. With hundreds of online and offline events throughout the month, Climate Week highlighted pertinent topics such as transport, energy, environmental justice, and sustainable living to name but a few.

What better way to highlight climate issues than with a majestic squid traversing several stories of a tall building? And it makes for a not bad bookend to our post, too.

Did we miss anything? For sure we did, we can’t fit everything in. But if we missed anything especially important in the encircling swoosh of sustainability, let us know. 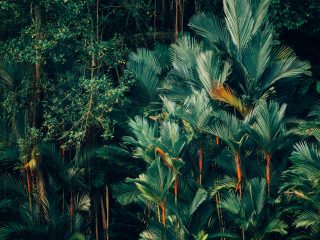 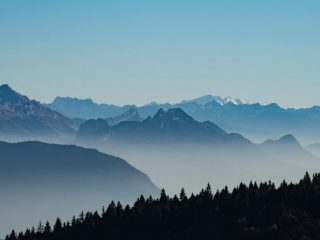 Next Post (n) SEO for sustainable brands - why it makes sense