In these tumultuous times, one thing’s for sure, we’ve just lived through June – the 6th month of the year. And in the 30 days that spanned the June month, various events happened. Some mundane, like a woodpecker almost flying into a window or a frappé being ordered, and others more worthy of a special mention. Let’s take a closer look at some of those noteworthy events related to sustainability…

Let’s start with compelling new species of crab that was found off the coast of Western Australia. It is fluffy and fawn like a labradoodle and wears a sponge on its head like a beret. Enough words. Here it is:

That said, while this one caught a lot of online attention because of its quirky countenance. Of course all species, new and old, funny-looking or staid, are worth looking after. There are currently over forty thousand species on the IUCN red list of threatened species, not all of them so charismatic but all of them imperilled.

Anyway, in other good animal news: a rare species of giant tortoise thought to be extinct for over a century has been rediscovered on the Galapagos islands. Get in!

Globally, 1/3rd of food is wasted. One-third! And it’s claimed the food we throw away without thinking would not be far off the amount needed to feed everyone living in hunger. The way we take care of and distribute our resources seems careless, to say the least.

It gets worse, though, when food waste ends up in the landfill (when it would be better composted instead), it releases the malicious greenhouse gas methane, which accounts for 10% of global greenhouse gas emissions. It’s the same foul gas that is released from belching and flatulence – with cattle barfs and farts now measurable from space.

Enter Spain, that from 2023 onwards will hand out fines to supermarkets for throwing away leftover food, and require restaurants to offer doggy bags. All entities in the food industry will need to come up with a food waste reduction plan, or they will face fines.

Hopefully other countries will follow suit ASAP. And if you want to help save food waste on a personal level and also save a bit of cash – then we recommend the excellent Good on You. It’s an app that connects hungry eaters with expiring eats from restaurants, at a knock-down price.

The controversial Energy Charter Treaty (ECT) – if you didn’t know – gives energy companies the right to sue governments when policies affect, or threaten, their profits. Yes, you read that right. That’s why 5 young victims of climate change – this is how they’ve described themselves (and understandably so) – decided to sue 12 EU countries that are members of this treaty. They argue that the treaty puts the needs of fossil fuel companies above climate action, and it breaches human rights obligations.

Each of the 5 young folk has faced some kind of climate change-induced disaster. One 21-year-old student faced a forest fire which killed over 100 people, only 18 km from his home. Another one of them, a 17-year-old, survived a flood that killed over 200 people – she was forced, along with her family, to flee her home.

In July 2020, there was chatter about reforming this treaty but as we know, anything both government and climate change related topics move slower than the slovenly tortoise featured earlier in our roundup. Still, some countries – France, Germany, the Netherlands, Poland, and Spain – have upped their game and are seemingly ready to leave the treaty as they come to terms with the fact that their membership will mean impeding their fulfilment of the Paris Agreement.

See below, on how some of those countries are currently faring – in short: BAD:

It’s clear that the world’s richest countries are responsible for far more emissions than poor countries, and they have the fewest consequences to bear in comparison. It’s hardly fair. Take the horn of Africa, for example, which is experiencing one of the worst droughts in 40 years and yet its emissions are minute in comparison to what richer countries bleed out.

Yet, those rich nations – most notably the EU and US – have been avoiding difficult discussions regarding ‘loss and damage’ during the Bonn climate conference in June. This is a euphemistic term that refers to the disastrous consequences of climate change experienced by communities in developing countries.

Many argue, and not unreasonably so, that developing nations should be compensated for these losses and damages from wealthier countries’ emissions. But there was no consensus on this in Bonn and even outright acrimony. Getting this issue added to the COP27 agenda later this year was a filibustering affair. We’re keeping our fingers crossed that it’s going to get discussed and there’s a bit more justice on this front soon.

Speaking of minority groups experiencing the worst of climate change, the LGBTQIA+ community can’t be forgotten – especially on Pride Month. Marginalized communities are more susceptible to discrimination and inequality, and even more so when it comes to the effects of climate change – according to the IPCC.

LGBTQIA+ individuals are more vulnerable to exclusion, violence, and exploitation. This means that they’re more susceptible to homelessness and unemployment. Which, of course, puts this community at greater risk when we’ve got climate disasters coming our way, as they’re not as equipped to face them.

And there are some incredible queer people out there who are spending their time fighting hard to combat climate change. EcoWatch highlights Rose Marcario, CEO of Patagonia but quit to fight harder for climate change, Wyn Wiley (Pattie Gonia), a drag queen and environmentalist, Deseree Fontenot and Vanessa Raditz, both co-founders of the Queer Ecojustice Project (QEP). To name but a few.

And that’s it for June. We’ll see you next month in July – that’s another certain thing in this uncertain world. 😎 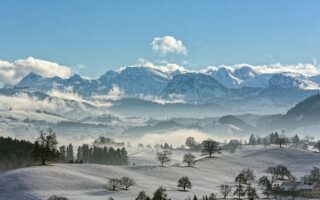 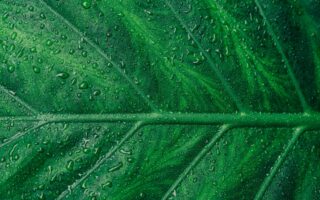 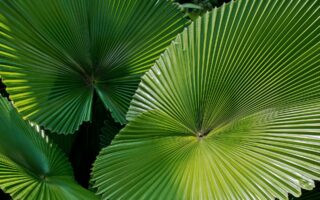 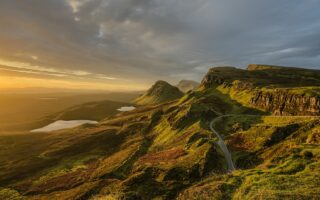 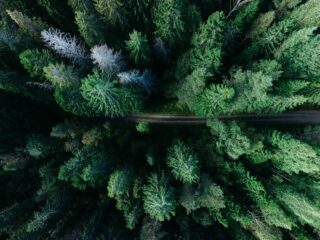 Previous Post (p) International Sustainability Days: Are they worth celebrating? 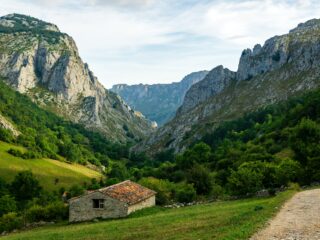